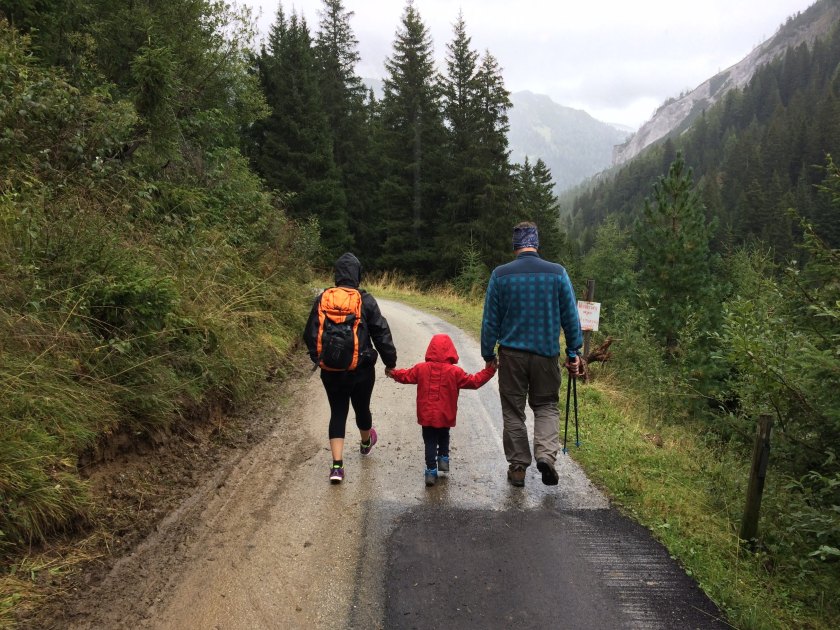 Is it just me or have you noticed how every single reading from Mass over the last couple weeks seems to point to all of the unrest and scandal in the church of late? Not in that oblique, beating around the bush kind of way, but overtly, and in a way that seems to strike you to the core. It’s kind of how I remember feeling after a romantic heartbreak. No matter what station I tuned the radio dial to, I’d hear a song that eerily seemed to be speaking directly to me. But this a lot different. It’s not the voice of Tears for Fears. It’s God who is knocking on our collective foreheads, trying to break through so we might truly hear Him in the midst of such devastation.

On the feast of Maximilian Kolbe, the day before the Pennsylvania Grand Jury report broke, we heard, “See that you do not despise one of these little ones, for I say to you that their angels in heaven always look upon the face of my heavenly Father.”—Matthew 18

Perhaps the most uncanny harbinger came on the feast of the Queenship of Mary. “Woe to the shepherds of Israel…You have fed off their milk, worn their wool, and slaughtered the fatlings, but the sheep you have not pastured. You did not strengthen the weak nor heal the sick nor bind up the injured. You did not bring back the strayed nor seek the lost, but you lorded it over them harshly and brutally. So they were scattered for lack of a shepherd, and became food for all the wild beasts… Thus says the Lord God: I swear I am coming against these shepherds.” –Ezekiel 34

Tough stuff on normal days, but with the backdrop of such unspeakable crimes in our Church, nearly impossible to confront head-on. When the McCarrick news hit, our Pastor addressed the scandal. God love him, he did not take on the role of the CEO of Catholic Inc, putting a spin on the ugliness or trying to divert our attention. Instead, he acted like a real Father of a family. He rolled up his sleeves and faced it with us. When tragedy strikes, a loving Mom and Dad gather the family. They express their deep pain and sadness, but they also acknowledge that the tragedy does not define the family. “Bobby was drunk driving and he killed a woman. It is an awful situation. We mourn the loss of the innocent woman, and we acknowledge the pain that our whole family will experience due to Bobby’s actions. But it does not define this family. We will put our faith in God from whom we gain our identity. This unimaginable thing happened and now we must pick up the pieces and grow as a family and learn from this mistake. We must all become better. It will not happen immediately, but we will be strengthened in this.”

On the drive home from Church, one of my kids asked, “What does abuse mean?” They had heard the homily and gratefully our Pastor made a point to avoid any salacious details. But now they naturally had questions. My heart sank. I was still reeling from the news myself. My husband and I hadn’t even had a chance to discuss amongst ourselves how to talk to our children.

“The abuse Father Brian talked about means that a man who was a priest, bishop, and cardinal who promised God that he would help and serve His people, instead took advantage of his role and really hurt people and even children.”

“What do you mean by hurt? Like, a punch to the gut?” This was a literal punch to my own gut.

“Much worse than that.” Gulp.

As the scripture readings and my own kids’ questions remind me, I cannot bury my head in the sand. But how do I express the truth to our children without traumatizing them in the process? How do we honestly and openly face the filth without sacrificing their faith, even as we adults are finding it hard to comprehend? I’ve given this topic a lot of thought and even consulted a Catholic therapist. I want my children to be aware of the accusations they will face when they leave their Catholic bubble. I want them to be on guard from strange predatory behavior. And I want them to be empowered to speak up and seek help when they’ve witnessed something troubling. Here’s a list I’ve compiled for our family that may be helpful in addressing these heartbreaking topics with your kids.

1.) Regularly encourage kids to ask questions and to speak up.

“Don’t ever accept blindly,” I tell my own kids. Whether it’s your peers or teachers, asking hard questions and pointing out when things don’t seem to make sense means you’re really engaging and thinking about something thoroughly. It’s positive to keep the lines of communication open, especially regarding our faith. If we walk in truth there is no question that we should ever be afraid to ask.

2.) Warn them what the absence of truth looks and feels like.

There are two things we must caution our children against. First, remind them to beware of adults and kids who want them to keep secrets from their parents or teachers. This is deceit. Second, be on the lookout for adults who respond to honest, respectful questions with hostility or condescension.  In both of these instances, the hairs on the back of their necks should stand on end. The Holy Spirit is sounding a warning bell. The person is peddling something other than the truth. We live in the truth and there is NO poking holes in the truth. Secrecy and overreaction are signals to beware!

3.) Remind them to have proper and healthy expectations wherever humans are involved.

None of us is perfect. Clearly, a Roman collar, cassock or a habit does not mean someone is sinless. Get realistic about how evil haunts and lingers where goodness abounds. It is exactly in some of the holiest settings that the devil will look for an opening. How many of the greatest saints were regularly plagued by Satan? Just because someone vows to be a servant of God doesn’t mean he won’t falter. There are no perfect Catholics and there are even some really bad ones. It’s important to listen to our instincts, or the Holy Spirit radar when dealing with anyone, coaches, neighbors, priests, teachers, babysitters. When something doesn’t seem right, it probably isn’t.

4.) Engage your children all year round on tough topics, not just when scandal strikes.

Obviously, you have to stick to age-appropriate details and subject matter. But I’m a firm believer that we need to to be talking about same-sex attraction, sex, marriage, abortion, contraception, and abuse regularly. There are no taboo topics. Certainly, remind them to raise questions in private with a parent to spare dinner guests or younger children the embarrassment. And I’m not saying we talk about these tough subjects all the time, but it should be in a regular rotation and not tied to any tragic event. Then if something does present itself, parents have the vocabulary and comfort to discuss those issues without heightened emotion and hysteria. Troubling events like the recent Church scandals can be an opportunity to begin the process of discussing abuse and what is appropriate behavior from caregivers and peers. But it should only be a starting point for an on-going discussion.

5.) Encourage your kids to pray for those who have been hurt by members of the Church.

I believe God hears our little ones most clearly. No doubt their prayers are strong. By asking them to pray for those who have been mistreated or abused, we also remind them that while the Church is the Bride of Christ, the humans who comprise the Church can be cruel. We need to be compassionate and merciful to those who have suffered at the hands of Church members and ask for God’s healing.

On the excruciatingly long car ride home from Mass, after a quick prayer to the Holy Spirit for the right words, I opted to tell my kids the truth.

“A bishop used his power to touch other people’s privates and he hurt them. You know how we talk about no one being allowed to touch your privates? Well, McCarrick did this to young men who wanted to be priests and even children.”

May the truth set us free, especially “these little ones.”

*Photo by Alberto Casetta on Unsplash

7 thoughts on “Filth & Faith: How My Husband and I are Talking to Our Kids About the Problems in Our Church”