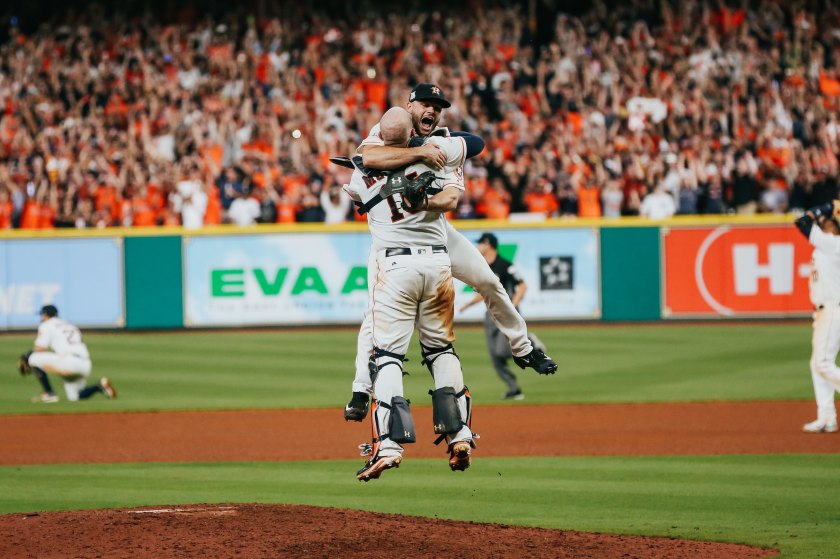 Certain iconic sports images of epic underdog wins and poetic last plays witnessed over the course of my life remain imprinted on my brain. Consider Tiger Woods dramatically donning the green Masters’ blazer as the first person of color, Michael Phelps shattering the record for the most gold medals, the Chicago Cubs’ curse-breaking World Series triumph against my beloved Cleveland Indians. I could easily go on, but there’s one memory that is even more enduring. Yet, I suspect many of you probably won’t even recall it.

For me, the moment crystallized not just a legendary sporting achievement, but an encounter with sadness and mourning in the midst of victory. It was Father’s Day, 1996. Michael Jordan had just won his 4th championship for the Chicago Bulls. His win was rendered even more momentous after a brief retirement and triumphant return to the sport that made him a household name. Also notable, this marked Jordan’s first major career win without the support of his father in the stands. Jordan’s dad had been murdered three years earlier.

As the final buzzer sounded, the NBA’s most prolific player rushed off the court. TV crews tracked him as chaos followed. The camera cut to fans erupting in cheers. Then we glimpsed number 23, face down on the floor of the locker room, writhing. His face was obscured, but there was no doubt he was crying uncontrollably. A coach or security guard awkwardly tried to comfort him by patting him with a towel. Jordan didn’t notice. I remember how the camera invasively lingered on his private sadness. I didn’t look away. In fact, I was mesmerized. Eventually, there was a commotion as someone mercifully obstructed the glare of the TV cameras, forcing them to cut back to the courtside celebration.

That image of deep, soul-crushing pain has remained with me. I empathized with his despair. While other people were reveling after an awesome win, he was experiencing the aching absence of his father. I cried with Jordan that day. I had experienced the sudden death of my mother some three years earlier. I understood that all future happy and special events would be tinged with sadness due to her death. But watching a basketball icon profoundly grieve helped me in my journey to healing. I didn’t feel so alone at a time when very few of my peers had experienced the death of a loved one. I think the hardest pill to swallow at that time was the feeling of severe isolation in all that hurt. No one really understood me, or so it seemed.

Many years have passed. I no longer feel isolated in my sadness. Unfortunately, I now have many friends who have had to bury family members as their parents inch toward and beyond their 80’s. My experience with death has helped me to offer an olive branch at a time when many people are at a loss as to how to help. It always amazes me how death, something that is an understood and natural part of life, can cause well-meaning individuals to say or do hurtful things to those who are mourning. With wisdom, I’ve come to realize that they just don’t know how to act or what to say, so they bungle it, badly in many cases. And those awkward words or actions can result in pain for a grieving person. Most of us would do just about anything to avoid heaping on the hurt. I’ve given it some thought. Based on my own experiences, I have compiled some guidelines that may offer help in comforting and interacting with those who are grieving.

I remember after my mom’s death it seemed like some friends and acquaintances avoided me. Many of them later explained that they did this so as not to bring up something hurtful—to reopen my wounds. A nice sentiment, but it doesn’t work. It made me feel like they didn’t care and actually exacerbated the social awkwardness. I was often waiting for them to acknowledge the elephant in the room. When they didn’t, the elephant just hung out. It doesn’t have to be flowery or memorable. Just acknowledge it. You’d probably remark if someone got a drastic haircut. Just imagine how irreparably changed someone feels after the death of a loved one. “I’m very sorry for your loss.” That does the trick. Now we can all move on. This is a first and necessary step that sadly often gets overlooked.

2.) Do NOT say that the deceased person “is in a better place.”

This is a common yet, ineffective response to death. How do you know they’re better off? Only God can judge what is in store for a soul. And right after a car accident, do you want to be reminded that your car will be fixed and brand spanking new in no time? No. You want someone to say, “I’m so sorry. This is terrible.” Or if none of that seems natural, say nothing. Offer a hug. But don’t try to find the silver lining when it feels as if there will never be a silver lining ever again. Let a person be sad. It can be uncomfortable for the person doing the comforting, but it is the patient, selfless thing to do. Don’t consider it your job to brighten their day. People who are grieving have to embrace the darkness for a while. Your job is to accompany them in the darkness.

3.) DO something without being asked. Do NOT ask, “what can I do to help?”

Say prayers for the deceased and the grieving and drop them a note to let them know. Make a meal. Send a gift card. Mow their lawn. Buy groceries. But don’t ask someone who is overwhelmed and paralyzed with sadness to orchestrate mindless tasks. The number of decisions that need to be made regarding funerals and burial is mind-blowing. Don’t burden them with more decisions.

4.) Let it be ALL about their loved one, not yours.

Often we try to share our own pain when someone is hurting. “I know what you’re going through. My grandma died suddenly too/ suffered for years with breast cancer/ died in a car accident.” Even if there are real similarities, every situation is unique! Try to focus on the person who is in pain and make it about them. Treat them to coffee and ask them to tell you more about their loved one. What did they admire most about them? What are their best/ funniest memories of the person? Allow them to cry. This is a true act of charity in a very self-obsessed world.

5.)Remember their grief down the road. Once the funeral is over, the people who surround the mourners disappear and get back to their lives. The people closest to the deceased are left trying to pick up the pieces years after. Reach out to them, often. Say simply, “I bet today is tough.” Acknowledge their grief. Be mindful of major holidays, anniversaries, happy occasions… and major NBA wins.

If I’d had the chance, I might’ve told Michael Jordan that it really sucked he didn’t have his dad with him on that momentous day. And I would’ve thanked him for modeling grace in the midst of grief. I hope I would’ve just shut up and listened to him in his suffering and explained how I didn’t have any answers. But I would have undoubtedly told him that the iconic image of his heroic vulnerability and pain helped me muddle through one of the darkest times of my life.

7 thoughts on “I Cried with Michael Jordan”