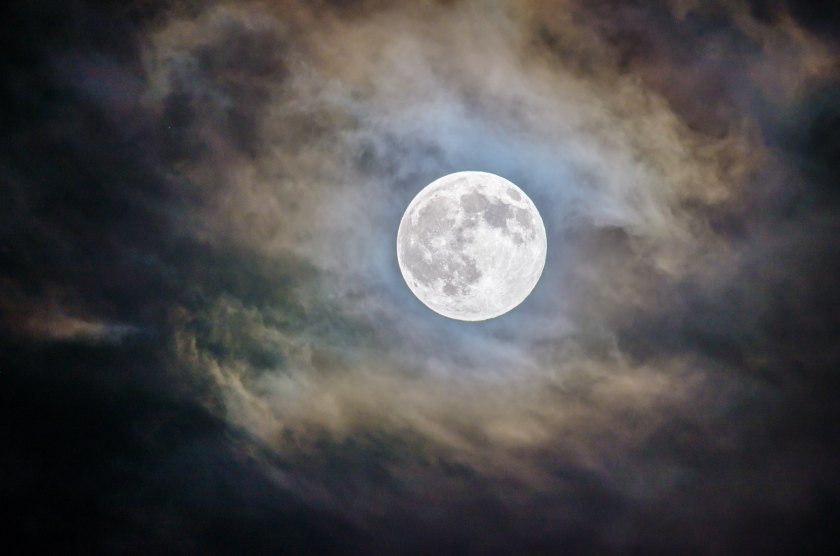 (This was posted last October and got a lot of great feedback, so I’m reposting for those of you who would like a refresher on Zombie Catholicism. I added a particular prayer at the end of the post that has helped me personally keep the zombies at bay)

Halloween is just around the corner. And as usual, I expect to see my fair share of kids trick-r-treating in their zombie get-ups: pasty white masks with dark, vacant circles for eyes, torn shirts and pants, occasionally a little flourish of fake blood splattered here or there. It’s usually the teenagers who go all out with the most gruesome costumes, but occasionally a five-year-old will greet me at the doorstep decked out in full zombie face paint and garb. I respond the same way each time. “Oh… wow…quite a costume,” I stutter with my best perma-smile. “My, look at all that blood… here’s your candy,” I murmur, avoiding eye contact while timidly dropping a couple snickers in the outstretched bag. Then I anxiously scan the perimeter to make sure there aren’t any zombie parents lurking nearby.

Don’t chuckle. Zombies exist. They dwell in our midst.

If you doubt me, just head to your neighborhood parish where on any given Sunday, you can see the parade of Zombie Catholics. I can spot ‘em from a mile away… because I was a Zombie Catholic. After years, maybe decades of having a deadened look in my eye through the whole celebration of the Holy Mass, by the grace of God, the scales have fallen away. So, from someone who’s managed to escape the dreaded Zombie Zone, here’s how you can spot the signs and combat this haunting inclination. Beware!

SIGNS YOU MAY BE A ZOMBIE CATHOLIC

1.) Your seating choice is decided by how best to make a subtle, late entrance and a discreet, speedy exit. You park in one of the last pews, a mere side-step and you’re swimming in the baptismal font. Back here, you keep a Jackie O low-profile. And if you nod off during a long homily, no big whoop. No one’s making eye contact this far back. You actually scoff at the poor saps who sit up front. Why do you need to see anything? You’ve only been through the mass 5 million-gajillion times! Nothing. New. Here.

2.) The last time you willingly sang a church hymn with abandon, you were three. It’s probably been many years since you even cracked the music issue. If you do sing with gusto, perchance, it’s only because your Catholic autopilot kicks in from time to time. “Glory to God in the highest and peace to His people on Earth…” You have to admit it’s a catchy tune. I used to cringe when people around me sang too loudly, probably because they were jarring me out of my self-involved daydream. “How dare she shake me from my own thoughts with her exuberant, joyful singing!”

3.) You approach the Holy Eucharist in the same way you would waiting in line for a prescription at the pharmacy. No awe or reverence before the real presence. Just disengaged resignation. You’ve been told you need this, but you’re not exactly sure why. You appear spaced-out as you shuffle along in line. Your posture belies boredom and impatience. In your mind, this signifies the end of mass, so let’s get this show on the road, already. I want my medicine so I can high-tail it outta here.

4.) Your idea of fellowship after mass is grudgingly giving the old lady in the parking lot the right of way as she totters through the crosswalk. She nods and you nod back. Then you accelerate and get on with your Sunday plans. You’ve officially checked the duty box for the day.

If any of this sounds familiar, don’t lose heart. There’s hope for fighting off the march of the Zombies. Here are some tips that helped me battle my way out of it.

WEAPONS TO FIGHT THE ZOMBIE CATHOLIC

1.) Make a trip to confession even before you attend mass again. Do some serious soul searching to uncover the sin that may be creating a barrier to your intimacy with God. There’s nothing that will intensify your desire for the Eucharist and the mass than an encounter with the loving embrace of God’s mercy. It wasn’t until I finally got serious about confession that I started to dial into God’s voice during the mass.

2.) Take a quiet moment in your car even before entering the church to say a quick prayer asking Christ to engage your mind and heart for mass. Ask him to quiet the noise in your brain so you may hear Him. Ask the Lord to speak to you.

3.) Turn off all media. Don’t just silence! Truly unplug for the hour you’re there. If your phone starts buzzing, it’s an invitation for your mind to wander. So-called smartphones can numb our brains, leading us quickly into the zombie trance.

4.) Sit closer to the action. For those of you who’ve never done this, it can be daunting at first, but there’s no Q & A where you’ll be quizzed on the words to the Nicene Creed, so take a seat up front and follow along. It’s amazing how much more you notice. This even works with my kids. You might even sing a little. Challenge yourself to truly pay attention especially during the consecration. You don’t need to understand it all, but get engaged in what’s going on. God will lead you. In Scott Hahn’s book, “The Lamb’s Supper,” which I highly recommend, he describes the supernatural drama that surrounds us during the Holy Sacrifice of the Mass. He explains that Pope St. John Paul II described the mass as “Heaven on Earth.” Consider getting a book about the mass. Knowledge is a powerful weapon in defeating the Zombie Catholic.

5.) Consider offering up your Eucharist for the needs of a friend or loved one who is suffering. When you lose focus, consider that person’s trials. As you approach the Blessed Sacrament, remember you are offering up the graces received in Christ’s body, blood, soul, and divinity for your friend or loved one. This can heighten the magnitude of Christ’s gift in the Eucharist and be a tangible reminder of the solemnity of the occasion.

And above all, keep at it! A Zombie Catholic has stopped trying and is just going through the motions. Once you exert a small bit of effort God will reciprocate in a big way. You’ll soon banish that morbid, pasty-faced Zombie—and in its place become a new creation in Christ. Praise God! Because it happened to this former Zombie Catholic.

Below is a prayer that has helped me regularly fight off my own Zombie inclination. It’s attributed to St. Ignatius of Loyola, who was a soldier before his conversion. I’m certain he would have been a great zombie fighter!

Lord Jesus Christ, take all my freedom, my memory, my understanding, and my will. All that I have and cherish you have given me. I surrender it all to be guided by your will. Your grace and your love are wealth enough for me. Give me these, Lord Jesus, and I ask for nothing more.