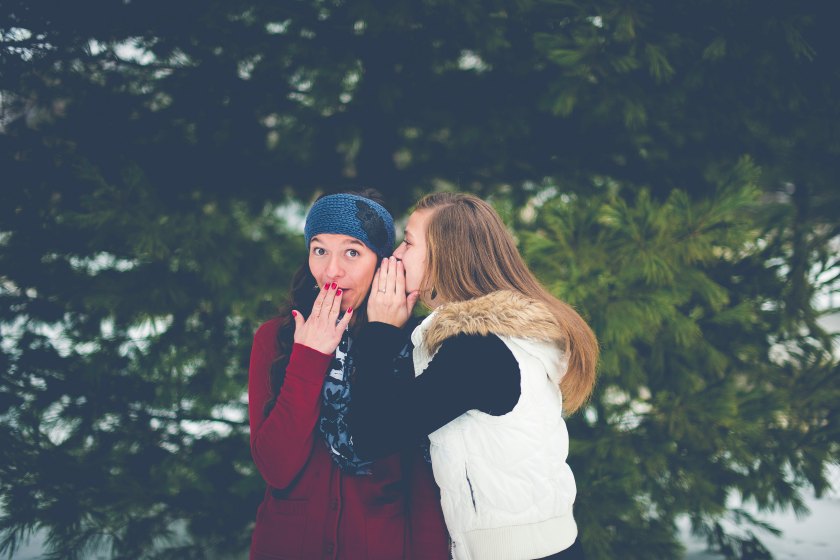 Remember when you were an insecure teenager/ young adult and a new song came out that no one else had heard of? You made sure everyone was keenly aware that you were in-the-know about that super cool, very underground tune, while everyone else was tragically and pathetically in-the-dark. Your cool factor would go up a few points that day as you revealed this well-kept secret that was on the verge of going mainstream but definitely hadn’t yet. All of you shaking your head and thinking, “Nope, not me,” you must have been in that elite group that was simply too cool to care. Wipe that smug smile off your face! The rest of us sorry souls, who were squarely in the not-so-popular plebeian crowd, we cared A LOT. Despite my braces and acne, I wanted to share with the world the things that I thought were going to GO BIG. And I most certainly wanted credit for those prescient recommendations.

I’d like to think I’ve done a heck of a lot of maturing since age 14 when I also happened to consider my permed mullet the go-to hairstyle. In those days, I called it a curly, bi-level cut. Either way, there is photographic proof in yearbooks that I can never escape. (A sincere apology to all my descendants.) But I still haven’t outgrown the desire to share with the rest of the world my favorite things. While my likes and dislikes are certainly no longer considered cutting-edge, I still affirm them as worthy of sharing.

I hope this post will be a regular on my blog. My “BOASTS” will be just that: a list of things I’m proud to say I’ve tried, tasted, read, watched, purchased or listened to. We hardly ever turn on regular TV anymore. I think the last time we watched anything as a family was the winter Olympics. There is so much junk out there. (This from a woman whose best friend growing up was the ol’ boob tube.) My tastes are a bit more discerning now, or so I tell myself. I want to share the rare gems that seem to stand out among all that fool’s gold.

My “POT ROASTS,” however are a list of things I think you should avoid. But why pot roast? Well, it’s a simple nod to my stay-at-home mom status. And frankly, I’ve never been a big fan of pot roast. It’s not something I can whip up effortlessly and when I have made it in the past, I found it underwhelming—a lot of expectation with sparse results. (Maybe I need a new recipe. I’m always open to suggestions.) Regardless of your opinion of pot roast, that’s the name I’ve chosen. On to the list…

On The Other Side of Fear How I found Peace by Hallie Lord
This book was given to me by a dear friend at exactly the right time, cold and flu season. That’s when my fears for my children have a way of becoming larger than life. If they remain unchecked, anxiety starts to creep in. Hallie Lord presents a series of short essays that are so relatable and the perfect antidote to the fear we all encounter as moms. Lord draws us in with her self-effacing tone as she faces numerous hardships, especially financial, and learns to rely on God for greater peace.

Divine Mercy The Second Greatest Story Ever Told (Ten 20 minute episodes.)
You can access this on formed.org which your parish probably has a code for so it will be free. Our parish pastor suggested we watch this series a couple weeks ago on Divine Mercy Sunday. I was able to overcome my prejudice that I knew all there was to know about Divine Mercy in order to hunker down and watch. It didn’t hurt that my 11-year-old son was recovering from a bout with pneumonia and the two of us wanted to watch something together. Not an easy feat, considering the slim pickings for good wholesome entertainment. We both loved it. The story is woven so beautifully that upon our first viewing we binge-watched the first four episodes. Fr. Michael Gaitley, author of 33 Days to Morning Glory is a marvelous tour guide through the history of the understanding of mercy in our Church. A must see!

Anne with an E PG (Available on Netflix)
This Netflix series, which originally aired on Canada’s CBC, is a beautiful adaptation of the 1908 classic novel, “Anne of Green Gables.” Ok, I never actually read the book. But it was on my list and I bet this show is a great rendition. What I love about this series is that it expresses how relatively good and honest people can still be seriously flawed to the point of making them quite sinful. The Cuthberts are well-meaning people who are often misguided when it comes to the treatment of a young female orphan. The acting in this series is fantastic. I shed a few tears watching the freckled red-headed actress Amybeth McNulty take on prejudice and a lack of kindness with such a boundless spirit. I don’t recommend this for kids under 12 since the emotional issues are quite weighty, even for a 40-something mom. The only downside is that there is only one series as of yet. But a little google research revealed that a second series is in the works. Yay! I guess in the meantime I could always read the book…

Book on Tape: Belgravia by Julian Fellowes
I love books on tape! I regularly download them on my iPhone from the library and then mindlessly set to the tasks of the day. Decluttering my sons’ closet never seemed so easy. Seriously?! A giant dusty mound of silly putty shoved in the corner that resembles a brain?! Even these “fun” discoveries I can face with aplomb with the soothing British accent of author Julian Fellowes in my ear. Fellowes is the creator of Downton Abbey. This story follows several families and characters after the Battle of Waterloo in 1815. A chain of events takes place that leads to the eventual disclosure of a major secret that shakes the social foundation of all. He does a splendid job of describing the layers of prejudice and awkwardness between the various social stratospheres of mid-19th century England. His characters are so likable and real. Fellowes is the only current author who can hold a candle to my absolute favorite, Jane Austen.

Last Tango in Halifax TV14 (Available on Netflix)
My husband and I came across this series after a lot of research. I don’t like to watch anything with an R rating and so I have to search to find something good that fits in the PG-13 realm. Harder than it sounds. This was on some list of recommended BBC series. I am quite the Anglophile, so I thought we’d give it a try. The premise for this is superb. An elderly man and woman meet again after 6 decades. When they had first met as teenagers, they had an undeniable magnetism and innocent romance. Circumstances that are eventually revealed disclose the real reason their love was thwarted. Upon their reunion, the two quickly decide to marry. The two families have to play catch up as they try to clumsily merge. Such potential! Yet the subject matter, which I think unequal to the TV14 rating, takes us down another path. One of the characters is involved in a gay relationship. They certainly don’t shy away from this theme. Overall too much promiscuity for me. But the one positive is that it does, even if unintentionally, express the devastating effects of immorality and selfish choices. The families experience the consequences in profound ways.

The Disney Channel on a weeknight
As I mentioned above, we are not accustomed to watching regular TV. And I am naturally wary of any channel or network that claims to be “family.” But my 11-year-old was sick and stuck in a hotel room with me while the rest of the family enjoyed the water slides at the hotel pool. To assuage his disappointment, I suggested we watch a little TV. The only channel even remotely suited to kids was the Disney Channel. I sat and watched a couple shows which were awful. While they were technically G rated, the messaging was not age appropriate. One of the shows followed a group of kids who were babysitting themselves for the first time so their two single moms could go out clubbing. When the ladies come out of their rooms, provocatively dressed and ready to go, the kids honestly remark that they look “trashy.” The two moms smile and high-five since that was the exact look they were going for. BEWARE of these awful kinds of shows. The “G-rated” messaging is poison.

Dunkin Donuts
It was the only doughnut shop opened on Easter Sunday. I’m a doughnut connoisseur having grown up in the midwest. Meh. Not impressed. Enough said.

Me Before You (Available on Amazon Prime Video)
I had seen the trailer for this on a rare occasion at the cinema. It looked schmaltzy and trite.Right up my alley.  The premise: A love affair ensues between a recent quadriplegic and his unassuming beautiful new nurse. One of my favorite things to do at Christmas is to watch a really bad but good Hallmark romance movie with a friend and we proceed to rip it to shreds in between sighs. I thought this would offer the same kind of fun. Nope. Instead, this film conveys so much darkness from our current culture of death. Needless to say, not the light-hearted fare I expected.

One thought on “Boasts & Pot Roasts”